Using a title cobbled together from audience suggestions, Tobin weaves a fully improvised story in the style of the classic dark fairy tales from the Brothers Grimm or Hans Christian Andersen. He inhabits all the characters, narrates all the text, and patches it all up in the end. It’s a tightrope walk through a land of talking animals, orphaned children, twisting forest trails, witches, giants, and terrible curses. The themes are old, but the stories are brand new.

Tobin Tales will perform on Saturday, August 17 at the HCC Studio Theatre in the 7:25 p.m. block. 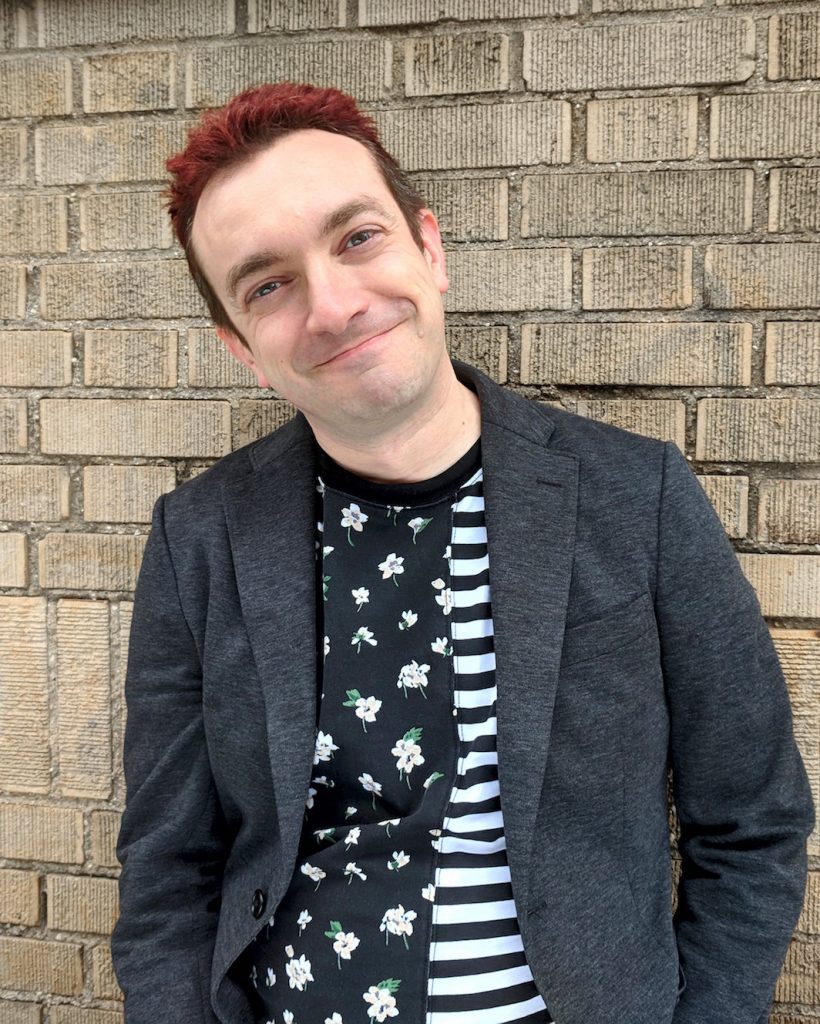 I’m an actor and comedian from Fairbanks, Alaska, now living in New York City. My improv education comes from several of the major schools in New York: UCB, Magnet, Annoyance, and the Groundlings-based Improvolution. I was a member of Reckless Theater’s house teams Rialto and Omnino, and played in multiple projects at the theater, including the partially-improvised theatrical productions of A Christmas Carol and 1984. My current focus is the one-man improvised fairy tale show Tobin Tales.

Your show, Tobin Tales, is an improvised fairy tale. What drew you to this format? What do you love about it?

I always liked playing silly, creepy characters. Witches, goblins, croaking tree spirits, shadowy things from the grave. I love monsters. Growing up, you have all these weird fears that are hard to articulate, and fairy tale villains personify those fears so they can be outwitted and slain and dealt with. Fairy tales are how kids learn to package and process their nightmares.

How has the show evolved over the time that you’ve been performing it? What are some things that have surprised you about how the show has developed?

I’m surprised by how simple it is now. The show started off as an hour-long production called Nemo: the Storyteller. I did the whole thing as this old beatnik character with a full costume. I would start with a story from my real life and then transition into fantasy partway through, getting fill-in-the-blank suggestions from the audience the whole time. But I would warm up the crowd by doing a short fairy tale, and I gradually realized that the fairy tale was my favorite part of the show. So I got rid of everything else, one piece at a time. The Nemo character and his costume, the autobiographical bit, the back-and-forth with the audience. Now I just get a title from the audience and go. I can do this version of the show in any venue, for any length of time, wearing whatever.

You’re an excellent storyteller, and in many ways, Tobin Tales is an improvised storytelling show. Have you found anything challenging about merging storytelling and improv? Do you worry at all about creating a clear narrative arc, or are you content to just let the show go where it goes?

I do worry. It’s the part of the show that I struggle with the most. I like when a Tobin Tale feels complete, but endings are difficult even for a writer with all the time in the world. It’s terrifying to come up with one on the fly. So the challenge has been to set myself up at the beginning of a show with the information and character motivations I need to make the rest of the narrative flow. As a general rule, New York improv schools don’t focus on narrative skills. But European ones do, and I’ve been lucky enough to study under teachers from that tradition, like Anders Fors and Katy Schutte. I started with some of those principles, and the rest has been experimentation. I feel like I learn a new storytelling technique every time I do a show.

How do you prepare for a show? Do you have any pre-show rituals or checklists or anything?

I do not. I probably should have some. On the day of the show, I read fairy tales out loud to myself in my apartment, to get some of the language and spirit to stick to my bones, but the real preparation is happening on stage at the beginning of the show, when I’m chatting and joking and making eye contact with the front row. I spend most of the show playing various characters, but I’m still basically telling a story to people, so it helps me a lot to make a connection first and feel out the room.

Fairy tales often involve moral lessons, i.e. “Do not accept free candy from a witch.” (I think that’s the lesson of Hansel and Gretel, right?) Do the fairy tales you create ever resolve to moral lessons? If so, what are some of the more memorable ones from shows you’ve done?

Well, the show is based on the original Brothers Grimm and Hans Christian Andersen folk tales, and honestly, one of the reasons I like them is their total lack of morality. They’re just about people getting into serious trouble and using all their resources to get out of it. The moral lessons came in as the Grimms revised the stories to appeal to parents, and then of course when Disney got hold of them. If you look at fairy tales as a way to tell kids that they’re not alone with their fears, then a story with a little instruction manual at the end isn’t doing its job. That’s just another rule to follow in an already confusing world full of consequences. People come up to me after the show sometimes and tell me what they thought it meant, and I’m happy to let the audience keep doing that job for me.

You live in New York, and you’ve performed all over the city, including several times at Countdown Theater, the pop-up comedy space that we (Kelly and Justin) run in New York. (Thank you for doing that! We love having you there.) What do you enjoy about performing in New York, and about being a performer who lives in New York? What, if anything, do you find frustrating about it? (Note: “Performing in basements that share thin walls with hip-hop recording studios” is an acceptable answer to both of those questions.)

Thank you for having me! Well, New York is a constant source of inspiration. Because Tobin Tales fits into several different categories, I get to perform in variety shows with all kinds of different acts – not just improv – and some of those bits are so weird and singular. It makes me feel more comfortable doing an offbeat show for its own sake. But yeah, the downside is that so many venues are misshapen basements with flickering lights and incredibly loud air conditioners.

Finally, what is your favorite actual fairy tale, and why?

That’s such a hard question. I don’t have a favorite anything. But there’s a bit that stuck with me from a Hans Christian Andersen story called “The Tinderbox.” The hero is a soldier who finds a magical treasure, and the treasure is guarded by three dogs. They’re perfectly normal dogs, except that one has eyes as large as teacups, the next has eyes as large as mill-wheels, and the last has eyes as large as towers. Eyes as large as towers. It’s such a strange and haunting description, but now that you’ve heard it, it’s true. It makes a picture in your mind, and now you have to deal with it. That’s the sort of thing that would get sand-papered off and replaced if some studio turned the story into a big animated feature film, but for me, it’s the sort of thing that makes fairy tales live.