Kevin Miller is from Texas. Kiki Hohnen is from Amsterdam. Together they are HELMET THIEVES, an improv duo that explores why good people do bad things… and why absolutely delightful people do incredibly terrible things. Come tell Kevin and Kiki what you have done wrong. They’ll improvise a story that shows why it’s not actually your fault. 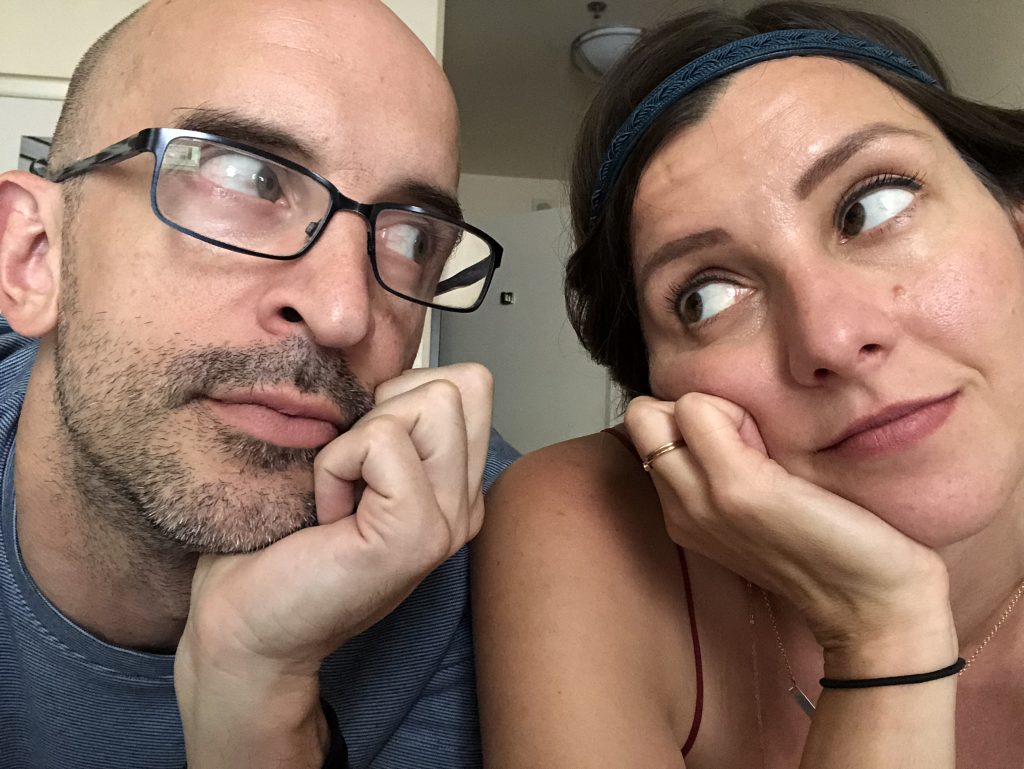 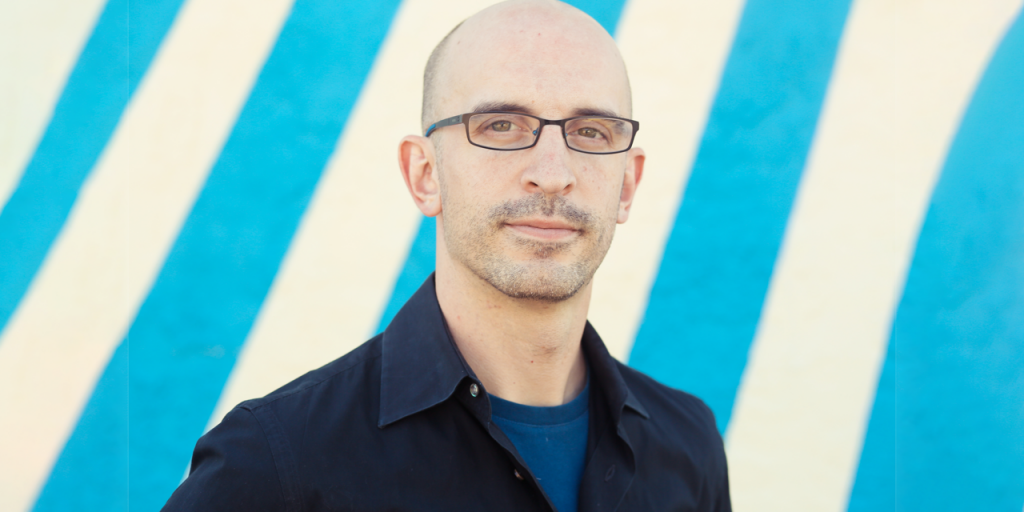 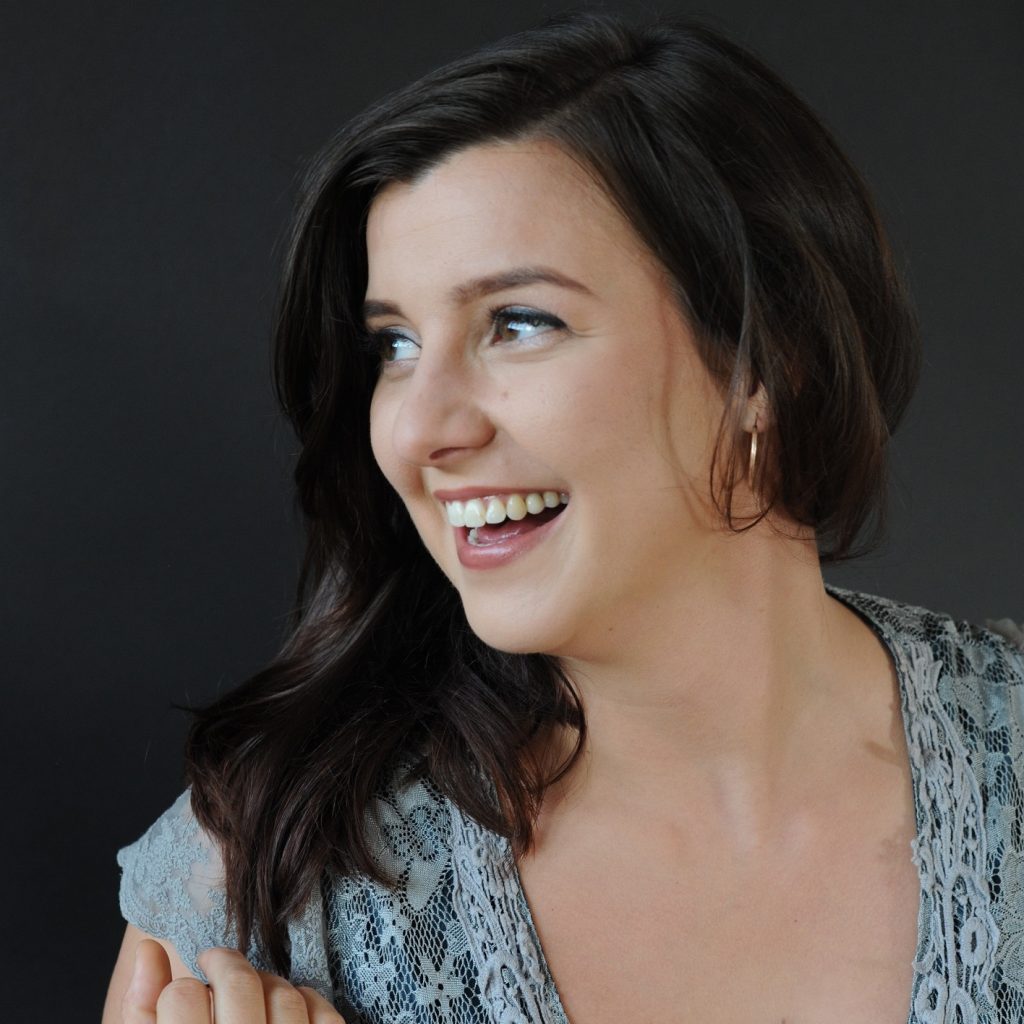 ***Click here to register now for “Max Q: Finding the Next Beat” with Kevin Miller.***

In rocketry, “Max Q” is the point where a rocket experiences the greatest amount of pressure. In improv, it’s the point in a scene where you know what the scene’s about, but don’t know what to do next. This is a diagnostics workshop where we find out how to send a scene rocketing towards a satisfying ending.

What happens if the first few minutes happen in total silence? Not being able to define the who/what/where verbally forces us to connect in a deeper way and be much more physical on stage. In this workshop we experiment with how long we can stay silent for by relying on our non-verbal skills, on emoting, and on connecting with our fellow players.

We’re so excited that you’re coming to the festival this year! What’s Helmet Thieves’ origin story? How did you and Kevin first decide to start performing together?

I’m super excited too, thanks for having me! The origin story for Helmet Thieves comes from some interesting people we met in the very early stages of our relationship. We tell the story at the top of our show, so I’ll keep that a surprise :-). We realised that we have very different, but complementary, playing styles—Kevin is a plot genius, he has a knack for knowing exactly what a scene or story needs, and he’s the funniest human I know. I tend to create deep and grounded connections, discover what makes the characters tick, and give them some psychological depth. But mainly, we just thought it would be a lot of fun to be a duo together and to play at festivals, which also gives us a chance to see each other. So far, the format has taken us to Estonia, Ireland, and Alaska. We’re so lucky!

Tell us about how Helmet Thieves’ format developed. What can audiences expect to see this year?

In a nutshell, we were inspired by the fact that the nicest people often can confess to having done something terrible. We ask the audience to confide in us something they’re not proud of. This is such a fun part of the show for us! My favourite confession was a woman telling us she used black magic on guys she had a crush on to get them to fall for her. We then use that as an inspiration to tell a story that would justify why they did what they did. The audience can expect us to build a world around their confession, and hopefully help them feel better about what they did.

You live in Amsterdam and have performed and taught all around the world. Can you compare and contrast improv as it’s practiced in Europe and the United States? What are some salient differences, and what are some things you like about each?

I’m still getting the hang of performing in the States. Y’all are FAST! American improv relies heavily on quick association and wit. In Europe, I often get the note to slow down; here I’m not fast enough. I love watching American improv for that reason—I’m blown away by how clever it is. In Europe, improv tends to be more grounded and relationship-focussed. We’re not shy of going a little dramatic, either.

Your workshop, (Mostly) Silent Scenes, really speaks to the two of us, because our show relies heavily on silence! What do you find interesting about silent scenework? What can students hope to take away from your workshop this year?

To quote my partner Kevin, one hundred percent of improvisers speak too much. I talk in my sleep, and the other night, I said to Kevin: “I made you a pizza. You can have some, if you like.” Why so many words? I could have just said “I made you pizza!” Or even just “Here! Pizza!” In the fifteen years that I’ve been improvising, I’ve gotten the note of talking too much so often that I became fascinated with what happened when I challenged myself to stop relying on words. I’ve found that those deep connections I enjoy so much get a lot more interesting in silence. The workshop is a collection of ways I’ve challenged myself to shut up. I want students to discover that they can do so much more than they thought with their bodies and faces.

You have a background in psychology, and you’ve found some fascinating ways to apply your training to improv — and vice versa. Can you talk a bit about the nexus between the two fields, and what you find rewarding about using one to influence the practice of the other?

A few years ago I realised how many film and TV characters seemed to be inspired by certain personality traits. Almost all of the listed personality disorders have a corresponding Game of Thrones character! Using psychological traits as an inspiration for a character helps me keep a character grounded, and I teach workshops helping people play with this. My day job is teaching communication (specifically, to doctors), and to me, improv is just a specific kind of communication. I enjoy using the playfulness of improv to teach essential skills – if we’re going to be learning communication, why not make it fun? I used to teach children with autism communication through improv. It was sometimes very challenging for the kids to even stand in a circle together, and the fun and non-judgmental aspects of improv was a heavy factor in motivating them to come back week after week.

Finally — this is going to be obscure, sorry — is the Jacques Brel song “Amsterdam” an accurate depiction of Amsterdam? Do sailors there really eat fish heads and tails? (“I have no idea what you’re talking about” would be an appropriate answer to this question!)

I love this question, and I love this song! I’m sure that it was an accurate(ish) description at some time long ago, but in my 30 years in Amsterdam, I’ve never seen a genuine sailor there at all, nor anyone eating fish heads or tails. I think that if Jacques Brel were still with us, he might write an equally beautiful song about Amsterdam being the city in which we drink rosé by the canals while British tourists eat waffles with Nutella.

We’re so glad that you’re performing and teaching at this year’s festival! We’ll get to the workshop in a sec, but first, tell us a little bit about Helmet Thieves, your duo with Kiki Hohnen; how that came to be; and what audiences can expect from your performances at the festival.

I’ve been in a long, long-distance relationship with Kiki for over a year now, and we’ve ventured all over the world. One of our adventures took us to the beaches of Normandy, where we met the original Helmet Thieves. The story is so good and crazy that we tell it at the beginning of every show, so that’s a teaser! Kiki and I have a yin-yang style of improv; I’m figuring out the plot while she’s finding the emotional heart of the story.

You’re based out of Austin, which just so happens to be one of our own very favorite tour stops. What’s unique and special about the improv scene there?

I love Austin too, and I got so lucky to discover improv in this community. Austin has a wide variety of theaters and troupes that perform improv as well as anywhere in the world (especially my personal favorite style, narrative long-form). But it lacks a lot of the rivalry and territorial attitude that sometimes occurs in bigger cities. Plus we have barbecue. Y’all come visit.

You also travel all over the world teaching and performing. We’ve talked a lot about improv so far, so instead, tell us about the weirdest/coolest thing you’ve seen and/or eaten in your improv travels!

At the Alaska State Improv Festival in Juneau, I saw a humpback whale jump out of the water 100 yards from our boat. Later that same day, I tried salmon ice cream. (It was surprisingly decent.) So that was coolest views and weirdest eats all in one day.

You’ll be teaching a workshop at the festival called “Max Q”, a diagnostics workshop geared towards showing improvisers how to bring the choices and discoveries they’ve made within a scene to a satisfying conclusion. Tell us a bit about what students can expect from the workshop.

We spend so much time trying to perfect our scene openings, and just as much time trying to create great endings. My workshop focuses on the in-between, the squishy middle of the scene, where we all occasionally find ourselves stuck, wondering “Okay… now what?” I’ve got a five-point plan to help you escape the quicksand and get your scenes back on track.

What do you love most about teaching improv?

I’ve often compared improv to the blooper reel in a movie — despite elaborate preparation and millions of dollars spent, the funniest bits are the screwups. The same is true in a show, and a classroom. I’m Powerball-lucky to be able to experience improv with so many talented people, and our greatest moments together are our failures (including mine as a teacher). To quote the great Heather Urquhart: “We’re laughing cause we’re fucking up, and that’s the whole of improv!”

Finally, you run one of our favorite Instagram accounts, @uglytexases. There seems to be no end to terrible hand-drawn renderings of that particular state. What have been some of your favorites?

Thanks for the plug! There are so many people who love to draw Texas, and so few who can do it well. My “favorite” ugly Texases are when someone puts a TON of effort into creating the thing — a Texas-shaped wall mural, a swimming pool, even a tattoo — and NO effort into getting the shape right. And no, I can’t draw a good Texas to save my life; but I am able to TRACE it, like a SANE ADULT.